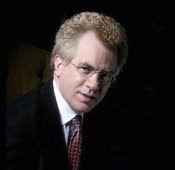 ST. PETERSBURG, Fla., May 23 /Christian Newswire/ -- The popular HBO series "Sex and the City" that opens in theaters nationwide next Friday, has America's most outspoken Internet Evangelist and Faith and Values Expert shaking his head in disgust!

The world's leading Internet Evangelist, Bill Keller, Founder of Liveprayer.com says the "Sex and the City" series and its movie-counterpart (New Line Cinema) do little more than teach women how to be sexually permissive while celebrating unhealthy relationships.

In a recent statement to his 2.5 million daily subscribers Keller stated, "HBO's 'Sex and the City' series and its big screen account, depict the moral decay of our society. Instead of empowering women as some secularist claim," says Keller . . ."in truth, both the series and the film reduces women to nothing more than mere sex objects . . . while instructing them on how to have unhealthy relationships (often with multiple sexual partners) that damages and even destroy their lives," claims Keller.

Bill, what do you attribute the popularity of the HBO series and this movie to?
Why are so many women attracted to the characters depicted in S.A.T.C.?
How realistic do you think these storylines are to every day life?
Come on, Bill. . . It's a MOVIE.....FICTION!....why are you so upset?
How do you think women (Particularly young women) could be harmed by going to see this film? Research Links:

About Bill Keller: The press has crowned him the Dr. Phil of Prayer and the next big thing in mass media religion. Bill Keller is the host of Live Prayer with Bill Keller, the nation¹s only live call-in faith and values- based program airing exclusively on the Internet. The program deals head-on with issues ranging from divorce, homosexuality, abortion, sexual abuse, pornography, drug addiction, radical Islam, race relations, spousal abuse, false prophets and more, from a conservative, biblical world-view. Live Prayer is unscripted and unedited, giving it a fresh and totally spontaneous approach to problem solving. The program can be seen live, Monday through Friday from 10 PM to 12 AM EST, and 24/7 through programs archived on LivePrayer.com. Live Prayer with Bill Keller is positioned to become the world's most-watched internet television broadcast. For information please visit www.liveprayer.com.

About Live Prayer.com: In 1999, Keller launched LivePrayer.com, which has become the most successful online faith outreach in history. Since its inception, LivePrayer.com has responded personally to more than 60 million online requests for prayer. Additionally, Keller¹s Live Prayer devotional is received daily by nearly 2.5 million email subscribers, making Keller devotional one of the most read e- communications in the world. For information on where to watch Live Prayer in your area, visit www.liveprayer.com.