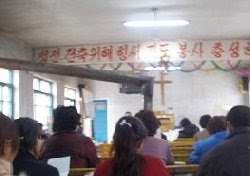 Within the letter, House Church leaders cited several Constitutional laws stating the legality of their gathering. In the concluding statements of the letter, members pledged to continue gathering despite Government mandates ordering the contrary.
The example set forth by the members of the Beijing House Church is one of uncompromising religious worship, while remaining respectful and compliant to authorities and Constitutional commands. CAA lauds the actions and responses of the Beijing House Church towards corrupt Government officials during this most recent attack. The House Church members have set a precedent of proper reaction towards Government officials who hypocritically persecute unregistered Churches while failing to remain consistent with policy and Constitutional law.