America Continues to Be Inspired by the Courage, Dedication and Sacrifice of Christian Soldier 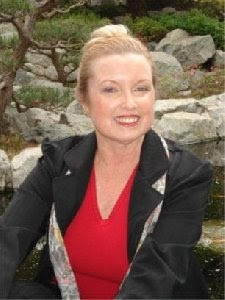 Bush States, 'America Continues to Be Inspired by the Courage, Dedication and Sacrifice of Christian Soldier'

MEDIA ADVISORY, March 26 /Christian Newswire/ -- In a letter to author of "Ordinary Patriot, The Christian Child at War", Carol J. Posner, President Bush expressed his appreciation to her son, Jesse and all the men and women in the Armed forces after receiving book containing wartime communication.

Wartime communication is poignant and stirring in a way nothing else can possibly be. What seems to be missing in most eyewitness accounts are responses from the recipients. When those recipients are a Christian family, there is an emotional and spiritual battle that transcends mere historical significance. Told as if sharing with friends, "Ordinary Patriot" is more than a simple memoir. It is a chronicle with flesh on it, a wartime "coming of age" told through letters, phone calls and emails from the front lines and the reactions of those back home. Operation Enduring Freedom and Operation Iraqi Freedom can at last be observed from a different perspective, sans bias and politics. Simply put, it is the musings of a young American Christian, with a bit of humor and a lot of determination to survive, to return to the life and country he was treasuring for the first time.

Carol J. Posner is the mother of an American Soldier. Wife, mother of three, kidney transplant patient for 33 years and victim of violence, she shares her life's experiences by speaking and writing, in hopes of reaching out to others who are struggling. She serves in the Women's, Audio-Visual, Music and Small Group ministries at Lawndale Christian Church, in Lawndale, California, where she also works as Church Secretary. Carol lives in Torrance, California with her husband, Joel, daughter, Leora, and "The Herd." (A Doberman, a Boxer, 2 Chihuahuas and a Siamese cat)

Labels: America Continues to Be Inspired by the Courage, Dedication and Sacrifice of Christian Soldier